The guests of “Noyan Tapan” “Scientific Armenia” program are biophysicist, chemist, economist, Chairman of the Subcommittee on Economic Development and Investment of the RA Public Council Armen Avagyan

Armen Avagyan is the Chairman of the Economic Development և Investment Subcommittee of the Public Council of the Republic of Armenia, an expert on various EU programs, the CIS Council of America, a member of the American Chemical Society and the American Industrial Chemistry Association. He was named the recipient of the Albert Einstein Prize, one of the most influential leaders in history. He is also included in the list of 100 professionals by the University of Cambridge, England. He was awarded the International Presidential Prize for Outstanding Achievement. His biography is included in various books of the Cambridge Biographical Centers in the United States: “2000 Famous Intellectuals of the XXI Century”, “Prominent Intellectuals of the XXI Century”, “Dictionary of International Biographies” and Marcus “Who is Who”.

This year Armen Avagyan was elected a full member of the ATINER Academy of Greece (Department of Chemistry and Environment), which unites 2307 academics from 115 countries, as well as the Marquis Who’s Who, which has been operating since 1899. The Albert Nelson Marquis Lifetime Achievement Award for long-term global leadership and excellence in its field.

Armen B. Avagyan is a member of the organizing committees of various international conferences to be held in 2018, including

His unique global achievement is the theory of global sustainable development based on the use of microalgae in industrial and biological cycles. Design and Construction of a New Biological System, published by Amazon, the world’s largest publisher.

In addition to the TV show, we present you our interview with Armen Avagyan.

– Mr. Avagyan, what does your theory offer, which, in fact, has been evaluated by several international scientific centers?

– The theory focuses on overcoming key challenges (reducing waste, increasing wastewater treatment efficiency, biofuels, high quality food, fodder, cosmetic additives, medicines and other profitable products). The vision of the theory is organically based on the properties of microalgae that form natural living conditions. This is not a revolutionary approach, as algae currently produce 50-70% of atmospheric oxygen and are the natural purifier of the world’s oceans, which is nature’s choice. By analyzing problems and obstacles, based on their own and global scientific achievements, the theory offers innovative solutions.

– Can these solutions contribute to the economic development of Armenia? Are there any realistic grounds for their implementation?

– It should be noted at the outset that the climatic conditions in Armenia are most favorable for the production of microalgae. In case of commercialization of the developed innovative technologies, the new productions will contribute to the solution of the following urgent problems of Armenia’s development.

– Enhancing the capacity of the fodder base in agriculture through microalgae, prevention of infectious diseases of animals, increasing the competitiveness of locally produced agricultural products, improving the quality of food and improving the health of the population.

– Reduction of harmful effects on the environment, atmosphere and water, results of water resources

Useful, economical and economical use, cleaning and restoration.
– Production of medicines, protein and vitamin nutritional and cosmetic supplements.

– Development of small and medium enterprises based on the application of innovative solutions, improvement of trade balance through competitive products.

– Chairman of the Subcommittee on Economic Development և Investments of the Public Council of the Republic of Armenia, can you comment on why your և other production innovations are not introduced in Armenia և we lose the potential of real development.

According to the UN, innovation is currently the main driving force behind economic growth and improving the quality of life of the population. During the transition to a market economy, the state is the main author of the innovative model of economic development and the creator of self-regulatory mechanisms, the environment of effective innovation institutions. In developed countries there is more than 90% of the international scientific potential 80 they control 80% of the high technology market, the total volume of which is $ 2.5-3 trillion, exceeding the volume of raw materials and energy markets. The annual profit from the export of technologies is $ 700 billion in the USA, $ 530 billion in Germany, $ 500 billion in Japan, and the market for their services has doubled mainly due to the innovation system.

RA President S. Sargsyan տնօրեն Director of the WB Yerevan Office Laura I. Bailey stated that the increase of Armenia’s competition is possible only by creating an influential foundation of knowledge-based economy and knowledge society, by establishing economically active incentives and effective state structures.

According to the government program, about 80% of the funds allocated to science from the RA state budget are allocated to basic research and only 20% to applied-oriented developments. In the United States, for example, 16% of funding is spent on basic research, 26-28% on applied research, and 56-58% on design and technology development. The point is not to change the proportion of funds allocated to prioritizing applied research, but to simply increase funding for applied institutions by allocating millions of dollars in expertise to various foreign companies provided by their governments, thereby transitioning to science management. The US model, eliminating the current catastrophic state of investment, especially in applied science և innovation programs. The issue has reached the point where governments are spending millions of dollars inviting foreign companies to give expert opinions. I once applied to the former Prime Minister T. In honor of Sargsyan, he demanded that members of the government end the practice, contributing to the development of local science. But no real changes have been made. As a result, there are misconceptions in the government’s work in the areas of selection and implementation.

I have already had the opportunity to say here that the Government of the Republic of Armenia has not implemented effective innovative policies stemming from its own action plans; In other words, it is almost impossible to establish an innovative production in Armenia.

At the same time, there is a misconception that by establishing various development structures and foundations under the government, direct progress can be made. This is a wrong, unprofessional approach. International experience shows that the main force for progress is the intermediary private support structures, which are the main links in the innovation-investment process, and the main role of governments is to promote their development, ensuring their further independent activity. Current Deputy Prime Minister V. Gabrielyan and I discussed this issue ten years ago; I insisted at the time that venture funds would come to Armenia when the relevant private infrastructure was already in place. The experience of the IT industry over

the years has shown that this is the case. Commercial banks should not be relied upon, as Inecobank once clarified that they are well aware of the risks associated with, for example, meat production, but not with investment programs. Also, a highly literate employee of the “Cascade” company founded by Ruben Vardanyan once explained to me that they plan to invest in the aviation sector, to which I explained that it will not work because there are no parts.

navigating infrastructure. The support of the United States, the European Union and Russia in this area is as unsatisfactory as that of our spy.

Our subcommittee 2009 և 2014 In the analysis of the UN Economic Commission for Europe, the following was mentioned: 1) the potential in the field of innovation management remains weak, there are many bodies to promote innovative programs, which does not contribute to effective work and requires horizontal cooperation (in our opinion, it is vertical), 2) very few companies are able to carry out the whole cycle on their own, from the idea of ​​innovation to the market and the reason for the restriction of the innovation business is that there is a lack of intermediaries in the sector; 3) the authorities should actively promote innovation in the private sector; should have a stable annual budget, procedures և criteria, 4) there are almost no institutions to finance innovation in the early stages and it is necessary to develop a financing system involving entrepreneurs, Diaspora, venture capital, 5) indirect indicators such as changes in the structure of trade, witness There are no improvements in innovation policy in recent decades, and 6) the role of innovation business in Armenia remains limited, except in the IT sector. In addition to the IT sector, other high-tech sectors need to be included in the current export-oriented industrial policy strategy. It is necessary to develop and implement sector-specific strategies. Innovation and technological modernization will stimulate exports of high value-added goods, add new sources of growth, and overcome obstacles to economic development due to small size in the domestic market and transport problems. According to a report by European experts, there is no comprehensive medium-term SME strategy. Small enterprises (10 employees) make up 92% of all registered SMEs and are mainly engaged in retail-wholesale trade. Despite the policy aimed at ensuring export-oriented economic growth, SME internationalization in Armenia remains limited.

Thus, it can be concluded that in the previous decades the management of the field was inefficient, the managers did not have the necessary tools; therefore, we do not have any local innovative innovation programs in the field of industry or technopark, and we do not ensure the efficient use of scientific potential. At the same time, the RA export policy lacks the component of creating and exporting added value in production at the expense of science. And this is happening in the fact that the population of Armenia has already decreased from 3 million, which was registered in 1970. in the previous period.

The creation and development of competitive advantages based on science և on high technologies must become a priority precondition, which will lead to the emergence of qualitatively new factors of economic growth and improvement of the quality of life of the society. : Priority should be given to the development of innovative production programs already developed in the country, the creation of infrastructure to support innovation in the private sector, the development of the military-industrial sector, and the launch of factories with new products on that basis.

During the last meeting I said that we have a competent Prime Minister, with experience in the field of production, as Prime Minister he has already achieved some success in technical management, but new approaches are needed to ensure systemic change in the economy. Infrastructure հիմն Establishment of companies. Otherwise, Armenia will remain among the backward countries. A number of decisions in the sphere օրենք The law promoting innovative development was adopted by former prime ministers A. Margaryan և H. During the Abrahamyan governments, but their implementation was not done. Former Prime Minister V. was clearly mentioned. In Sargsyan Sargsyan’s government program, local scientific centers should become the main driving force of the economy. There is an impression that the current government does not have a clear idea of ​​how to ensure progress in this matter, and does not want to consult with the public and experts. That is why they offer to radically change the approach, to seriously engage in innovative politics. I would also like the support of our Diaspora Armenians in this issue. 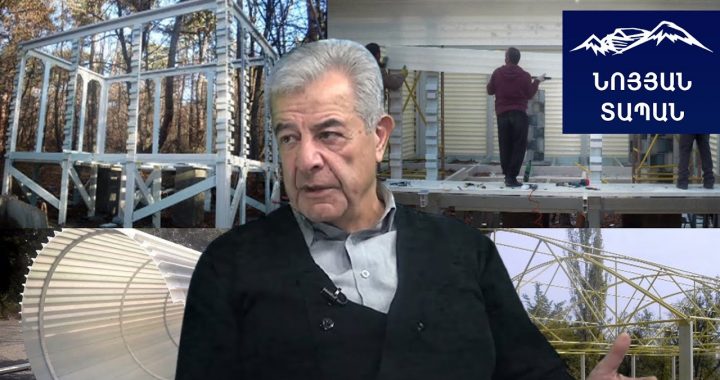 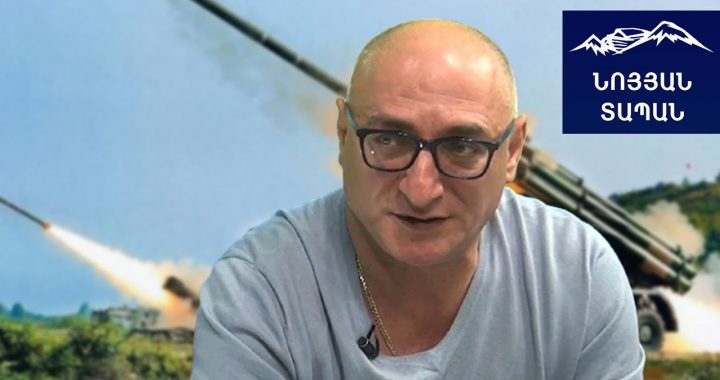 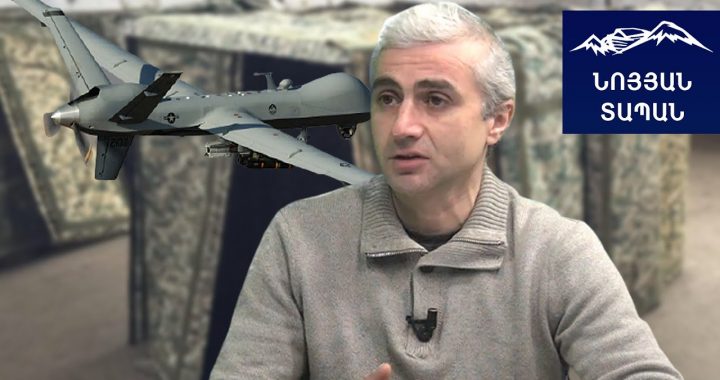