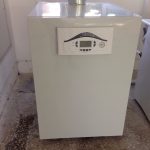 The foundation is developing a number of innovative and groundbreaking technologies aimed at converting the products of combustion of natural gas and other hydrocarbons into other useful substances, including liquid fuel, which are essentially saving burning fuel, which are going to enter the market.

Innovative and economical converter boiler based on A-1 technology chain is designed for natural gas combustion.

Innovations developed by the company and a new catalyst have been synthesized in all the nodes of the technological chain of the A-1 system, the use of which makes the described processes possible and economically profitable. 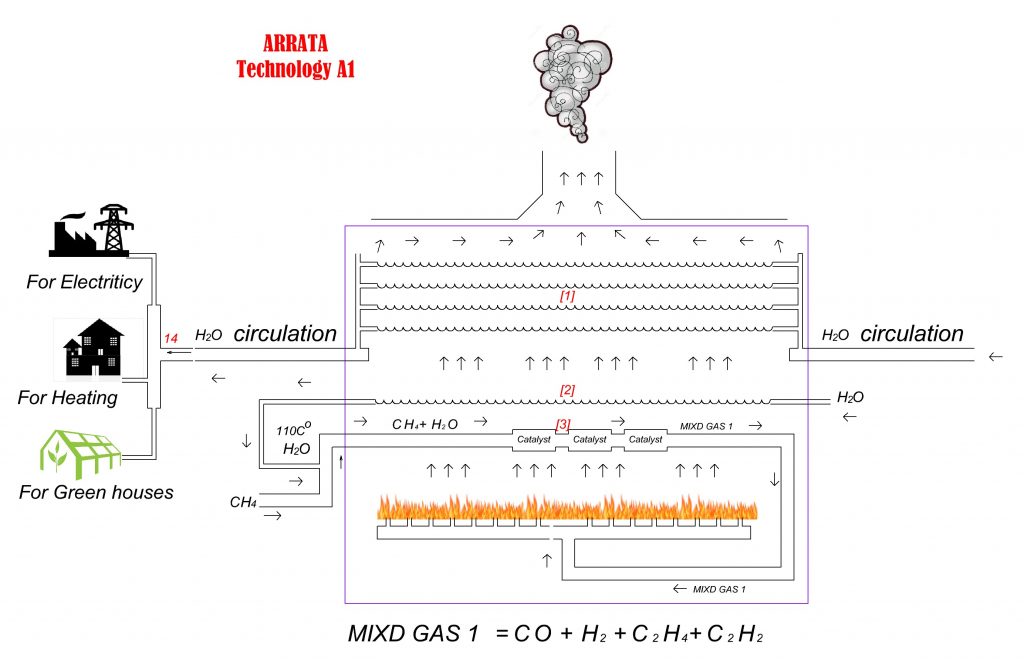 As shown in the diagram, the technological chain begins with a simple natural gas combustion furnace, in which, in addition to the circulating water system, which performs useful work, [14] there are also two technological nodes necessary for Aratta’s innovative A-1 system. [2] , [3].

When natural gas burns in a furnace to perform its intended function of heating the circulating water for Consumer Needs in the First Node [1], it also heats the Second [2] and Third [3] nodes.

The first node [1] A-1 is a circulating water heating system used in water heating boilers. Unlike other boilers, this system must be more heat-resistant, as the flame temperature in the combustion chamber of boiler A-1 can reach up to 2000oC. This system is not connected to other nodes installed in the boiler.

The second node [2] is a node for receiving water vapor, in which the pumped water is first converted to dry steam by the heat of burning natural gas, and then by the heat generated by the combustion of converted gases, and is continuously pumped to the Third node.

The third node [3] is the most important node in the A-1 system, where breakthrough innovations convert natural gas, methane (CH4) and water vapor (H2O), into gases at temperatures around 200o C, using thermal energy from combustion and an innovative catalyst developed by the company. A mixture consisting of carbon monoxide (CO), hydrogen (H2), and small amounts of ethylene (C2H4) and acetylene (C2H2). This gas mixture is pumped to the burner.

Due to the high combustion temperature of the large amount of hydrogen present in this gas mixture, the heat energy released in the boiler almost doubles, which saves about 40-50% of the natural gas intended for operation at the nominal capacity of the boiler, which makes the use of these technologies extremely economical.

No less important is the fact that in the case of this huge savings, in fact, the amount of gases emitted into the environment is reduced by half.

The boiler can be used with great efficiency in all areas requiring thermal energy (for heating residential and non-residential buildings, greenhouses, thermal power plants, etc.). 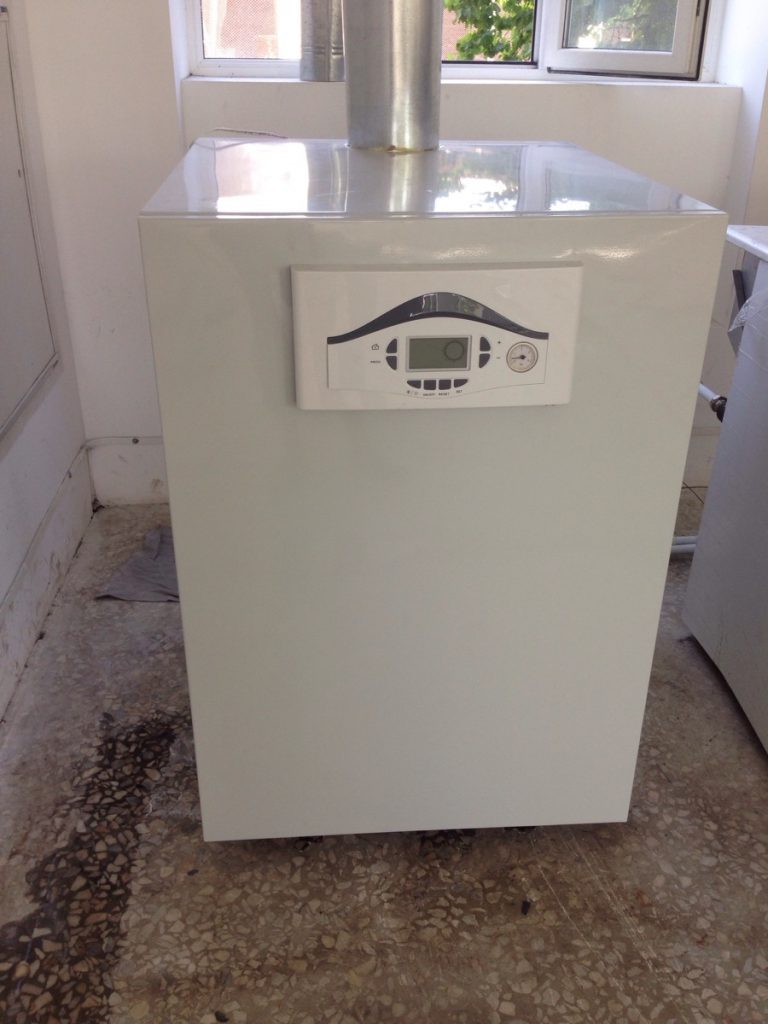