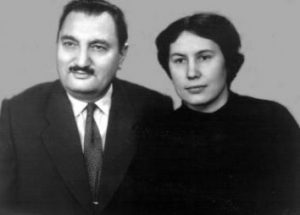 One of the founders of domestic quantum chemistry.
He is the author of fuel cells widely used in space technology (they were used in the American space satellite Gemeni-7).
Together with his wife, E. G. Misyuk, who was a gifted chemist and co-author of many of Davtyan’s works, he raised and educated his fatherless nephews (Oganes Karapetovich did not have his own children). They remained faithful to him for life, helped in many experimental works and even participated in the development of several inventions (Mamikon Davtyan and Yasha Karapetyan).
Professor O. K. Davtyan did not have high state awards and academic titles. But in the memoirs of his contemporaries, he was an outstanding scientist and an outstanding personality. Unfortunately, he was better known and appreciated outside of Armenia – in the USSR and abroad.